It is important to guarantee the future of the youngest in Roller Hockey. Creating opportunities for the younger ones is to assume the commitment of continuity of a generation passionate for this sport.

The Goalkeeper Training, an initiative that aims to teach, train and support the youngest in the techniques of roller hockey goalkeepers, took place from 4th to 9th July, in Oliveira de Azeméis. This was an excellent way to take advantage of the school vacations for the younger ones to develop their technical and motor skills, related to Roller Hockey.

The Goalkeeper Training, along with Azemad and Escola Livre de Azeméis, organized a set of activities, whose main goal was to enhance the technical skills of young people who aspire to be Roller Hockey Goalkeepers. From technical to tactical and cognitive training, this Training for Goalkeepers provided a wide range of activities and entertainment over 6 days.

This event was beyond expectations, with the participation of 55 youngsters. Passion and motivation were the watchwords during these days, especially as they had a unique training experience with a professional group of High Performance Roller Hockey Goalkeepers.

The event had the special participation and coordination of the current national champions, Xavi Malián, Tiago Rodrigues, and Iván Jacquierz, players and goalkeeper coach from Futebol Clube do Porto.

Iván Jaquierz, current Goalkeeper coach and scouter of Futebol Clube do Porto, was one of the coordinators of the Goalkeeper Training, in Oliveira de Azeméis.

Jaquierz has the national coach course, issued by the Spanish Skating Federation. In addition, he has several courses in the mental sports training area, psychology and analysis of Roller Hockey. Between 2016 and 2018, he was in charge of goalkeeper training for Argentina's senior national teams. In 2019, he started the project as scouter and goalkeeper coach of the Spanish national teams. He was also head coach of the senior team of Club Huracán and goalkeeper coach at HC Palau, where he became champion in the OK Liga and won the European Women's League Cup.

Iván Jaquierz works closely with Xavi Malián and Tiago Rodrigues, both also present in this event.

Xavi Malián is the goalkeeper of Futebol Clube do Porto, the current national champion.

The Spanish athlete played for CP Cerdera and spent nine seasons at Liceo. He was European and World Champion for the Spanish national team.

Malián was present at the Goalkeeper Training to teach and motivate youngsters.

Tiago Rodrigues is Portuguese and started his career in HC Cambra. He went through the youth levels of Oliveirense and represented Sanjoanense, helping the team to win the second division of the National Roller hHckey Championship.

Currently teams up with Xavi Malián in Futebol Clube do Porto.

Martin Rodriguez began his career in HC Liceo, but made his debut in the OK League in CP Cerdera. He was also in CP Alcobendas, but returned to Liceo in 2017, where he remains today.

Martin Rodriguez was present at the Goalkeeper event to coach the promising youngsters.

It was for Benfica that she achieved several titles such as four Super Cups, four national championships, four Portuguese Cups, and European Under-18 champion for Portugal.

She is the current goalkeeper of Selección Colombia and the CENAP Club.

She has also been present at the Goalkeeper event to help young people improve their technical qualities.

Joel Palmerola is a player for A.L. Ergué-Gaberic and also made his contribution at the Goalkeepers Training.

Tiago Almeida has made his carrer in A.D. Sanjoanense.

He was considered one of the best players in the formation of S. João da Madeira and one of its best scorers, in the past season. Therefore, he is also an example for younger people who dream of being a Roller Hockey player.

The event's organization prepared a wide range of activities for the youngsters to have fun, learn and improve their technical, social, motor and cognitive qualities. Thus, in addition to the technical, tactical and cognitive training related to Roller Hockey, the youngsters also had the opportunity to participate in 3x3 competitions, guided tours, as well as play soccer, volleyball, basketball and handball.

A week full of animation, with activities in the morning and afternoon.

The Goalkeepers' Training took place in the pavilion of the Escola Livre de Azeméis, where all the activities were performed.

Along with this, the youngsters stayed at the Escola Secundária Soares de Basto, em Oliveira de Azeméis, where Azemad participated, making beds for them to stay overnight.

The school has amazing conditions, including a soccer field, basketball court, volleyball court, and a game room.

Everyone had fun and made friends. 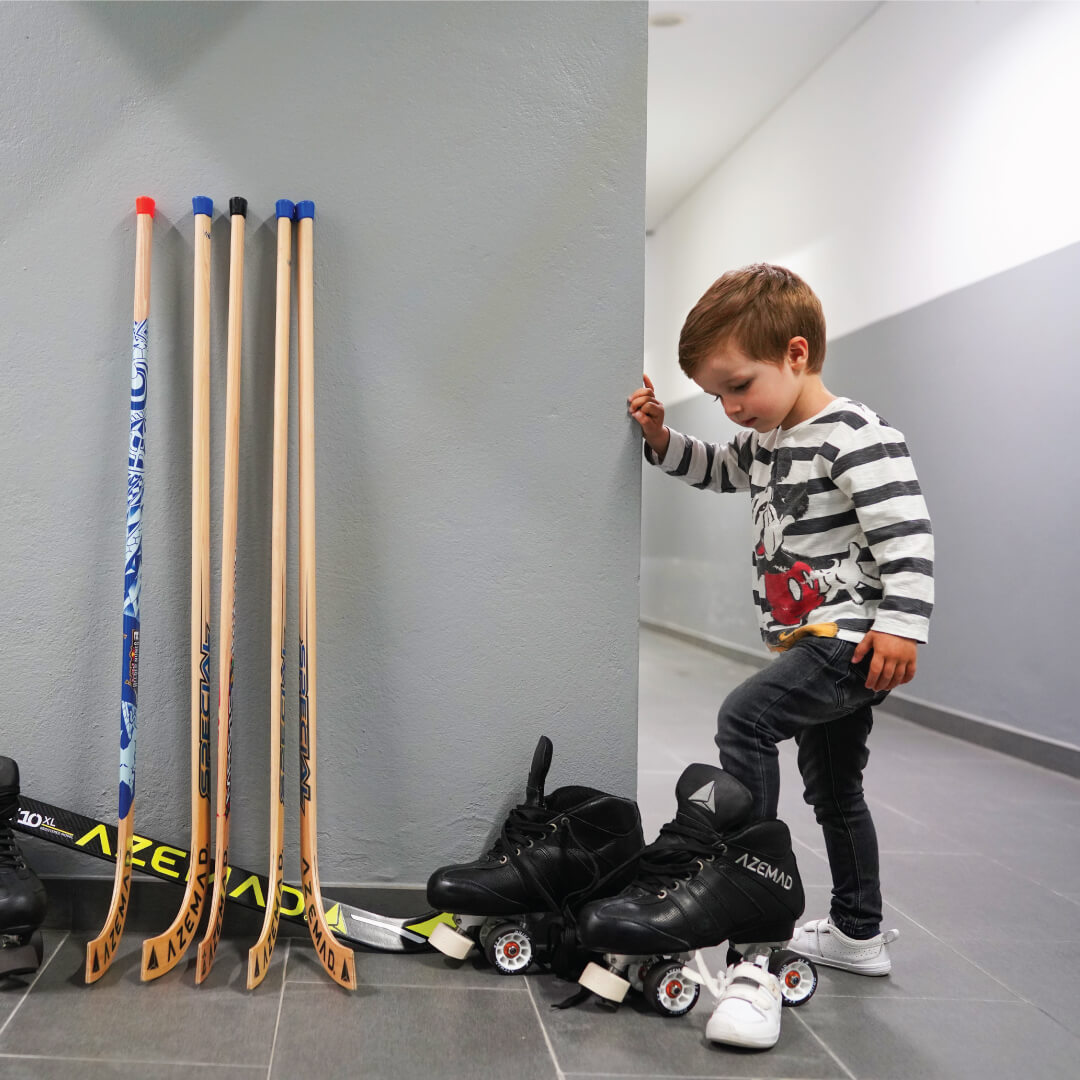