The One True King

The passion for Rink Hockey comes from my family. My cousins ​​all played, my godfather who was a coach, was a former player as well as a big hockey lover, while my father, despite never having played, is an enthusiast of the sport. In addition to my family, I was born in a region (Carvalhos) where hockey is lived with great passion and enthusiasm, which helped in my adaptation.

This integration in hockey made me grow in several ways, because it accompanied my growth as a man. It is a sport that teaches you values, such as the necessary principles to live within a group and within society itself. The biggest challenge is to always try to keep up with any situation and to have the responsibility to play alongside big names. I want to leave my mark as a player who always gave everything for the group.

I am thrilled by the fact that it´s a game that demands a lot from the player, be it physically or mentally, by all the necessary coordination and for its beauty and dynamics of the game. Thus, Hockey is my sport of choice, the one I stand up for and I love to practice since I was 3 years old. It will never stop being part of my life, in any way, even so, because both my children are already players themselves.

Achievements logically are the highest and most memorable moments of an athlete's career and all titles have a special flavor and different feeling to them. Those that really stood the most with me were the World Championship in 2003 and the European Championship in 2016, both won in Oliveira de Azeméis, due to fact going throught different phases of my career and for very different reasons.

The inspiration that keeps me playing is the same as always, my dedication, the ambition to keep winning titles and to be able to play at the highest level, trying to make a difference so that my team can achieve the set goals.

At this point in my career I want to continue having the happiness of practicing the sport that I love and being able to win a trophy for OC Barcelos would be the icing on the cake before I stop playing for good, and the best way to dedicate it to everyone who supported me from the beginning to the end.

“Having 3 sticks with my personal brand in partnership with AZEMAD is a real pride.”

My first signature stick was an adaptation of the old AZEMAD Elite that became the current RV66 Elite, blank model, which was created and developed together with Mr. Martins (CEO of AZEMAD). During the whole process of development and creation of this model I was very present, both in offering my optinions and in the testing of the various sticks. This first model came about after realizing that I liked sticks with thin handles, hard and light, which led to the creation and development of a new concept. In the beginning, Mr. Martins believed that few players would use it because it was too thin, but we took a chance with this model and the stick gradually became more successful and increasingly used.

The RV66 Elite is a stick with great durability and because it´s light and thin, it is very agile in technical handling, being even useful in the evolution of a young athlete whom, due to the fact of having smaller hands, adapts and accompanies their physical development.

After the launch of the first model and following up on the partnership, the RV66, model in black, appeared, which was intended to keep the main characteristics of the RV66 Elite, but to reach a greater number of athletes whom did not like it and so we adapted the thin handle, so making a stick with a slightly thicker handle. It is a very balanced stick and suitable for all tastes.

The RV66 Begginer was the end of my stick range, which arose from the idea and need to create a smaller, and extremely light stick to adapt to the ideal development of children, both in the touch of the ball and also in their control. It is a learning and evolution stick, which is 5cm shorter than the standard size.

To me, having 3 sticks with my personal brand in partnership with AZEMAD is a source of pride, because I had the pleasure of following the company's growth and the constant evolution of its material and I am pleased to be associated with todays best hockey brand. I hope that this partnership will continue and that together we will continue to offer the best sticks on the market to more athletes. 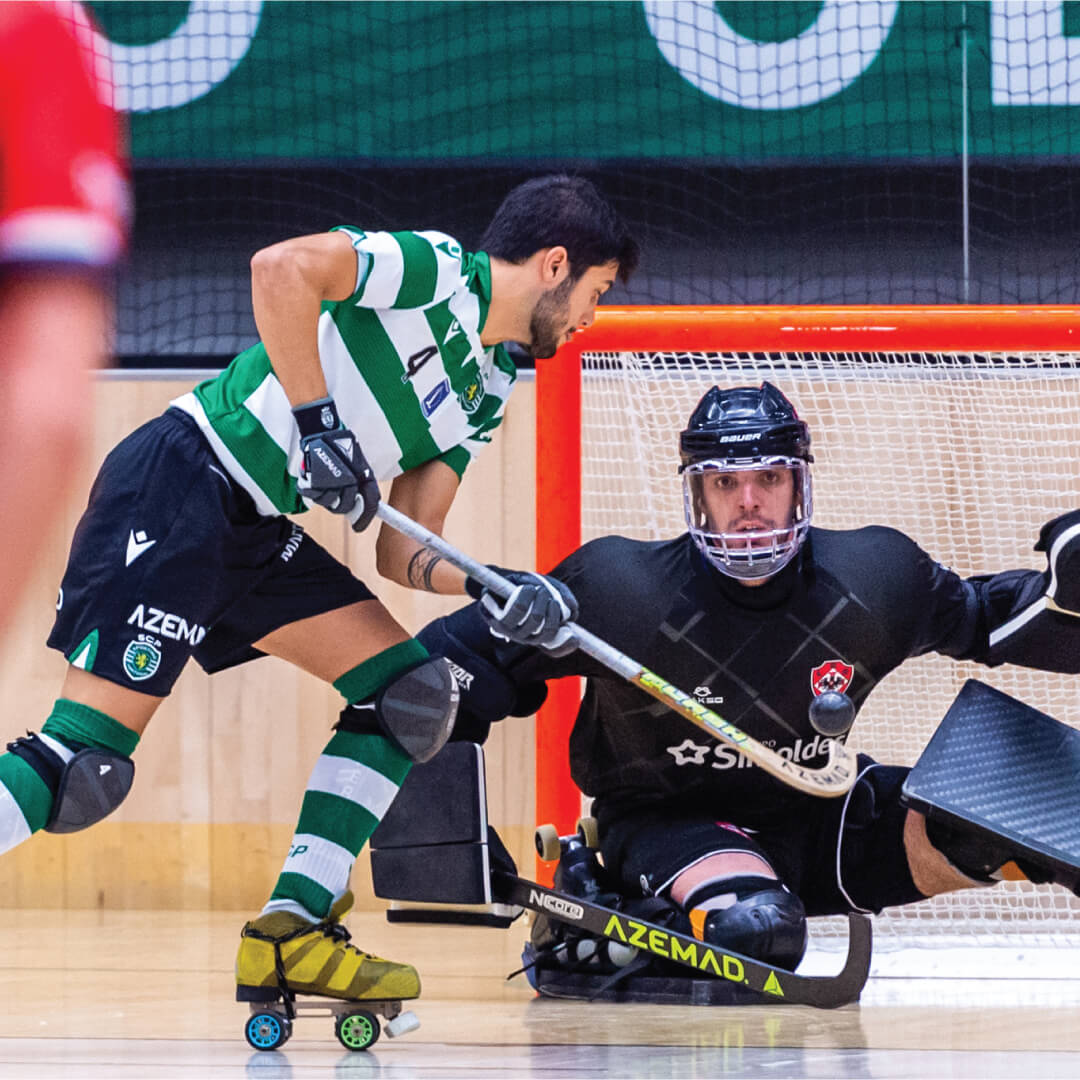 Flashy as thunder, quick as lightning. The young player has already a brilliant career. 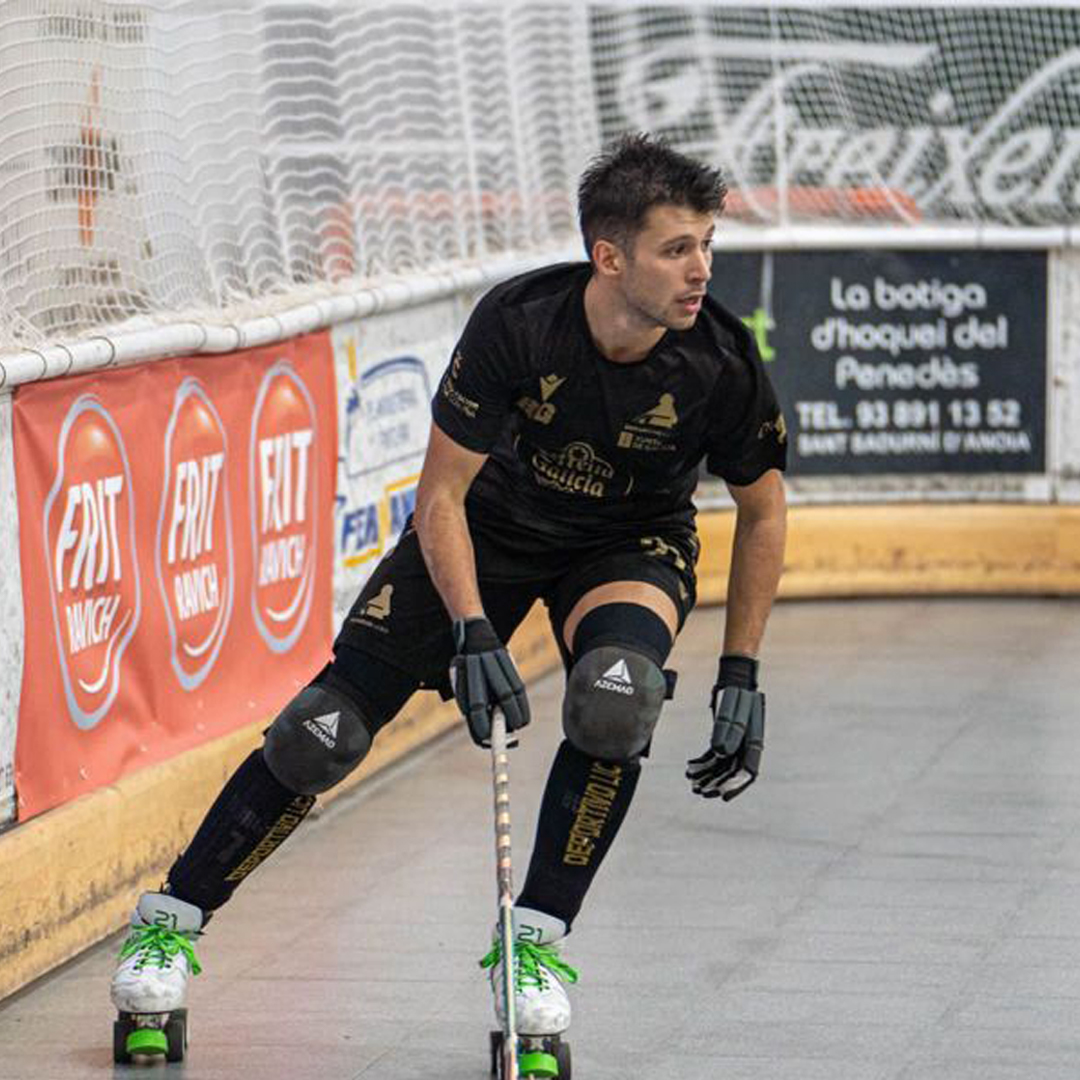 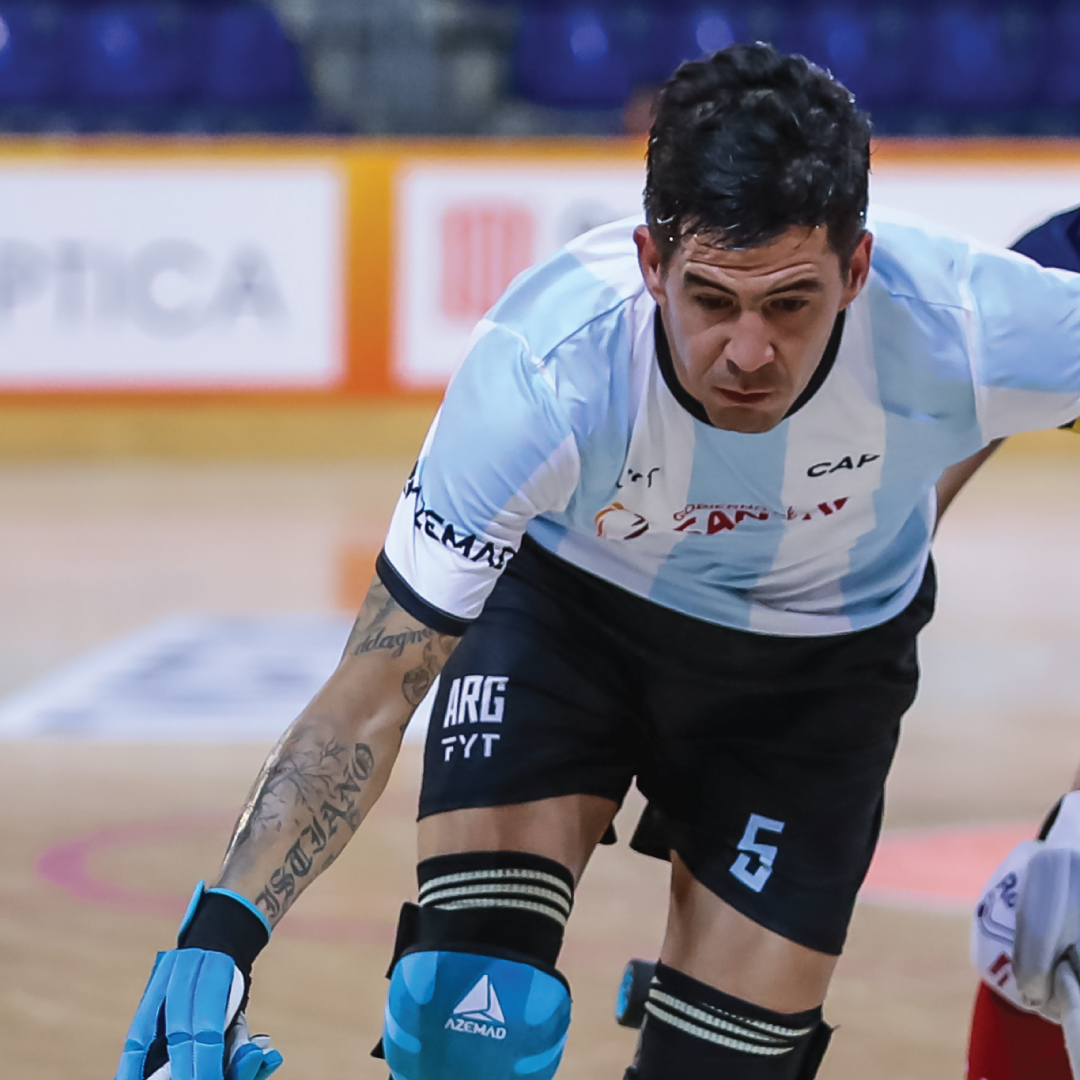